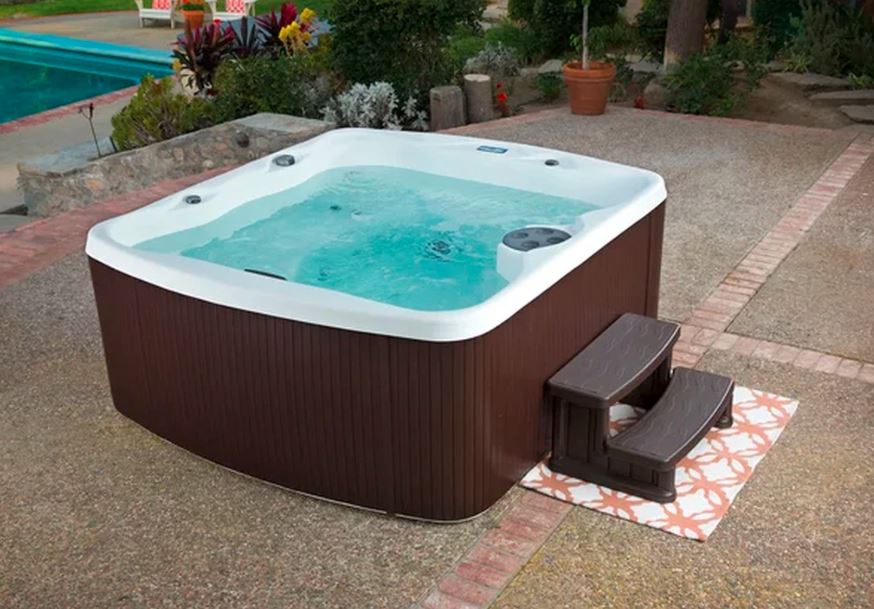 Named after the famous Saratoga Springs in New York State, Saratoga Spas have been redefining hydrotherapy for decades. Their new technology brings valuable health benefits right into their customers' own backyards.

Not sure which Saratoga Spas model to go for? You have come to the right place. 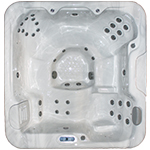 Like many spa companies, Saratoga Spas pricing details aren't listed online. Getting in touch with one of their dealers is the only way to get accurate information. Because each dealer sets their own prices, final costs vary by location.

Saratoga Spas offer three hot tub collections. If you are looking for something more budget-friendly, their Cottage Spas Line is a great value purchase. The Special Edition Line has a good balance of hydrotherapy, special features, and spa sizes. And if you are after high-end models with loads of top features, the Luxury Spa Line is where you'll want to focus.

Rather than contacting multiple spa dealers to find the lowest price quotes yourself, use our FREE service and have the pricing sent to you! It's our job to make this process much quicker and easier. Click on the button below and let us know exactly what you're in the market for.

Saratoga Spas have been redefining hydrotherapy for decades with its new technology and special features. Let's take a peek at some of their top spa models. 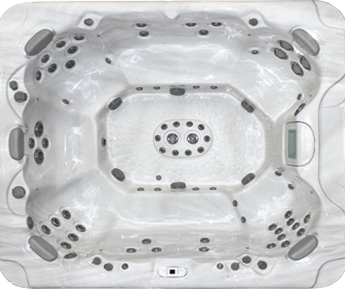 Part of the Luxury Spa Line that features a total of eight models, the Broadway measures 92" by 108" with a depth of 40". It's Saratoga Spas' largest hot tub with a nine-person capacity and the highest jet count in their line-up. 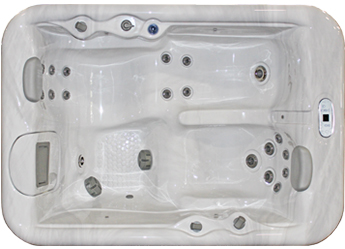 Another model from the Luxury Spas Line, the Polo can accommodate two people making it a great choice of hot tub for a romantic retreat with all the high-end spa features.

This Saratoga spa measures 57" by 80" and 29" in height so is also suitable if you have a small space. It has many of the same luxury features as the Broadway, just on a smaller scale. 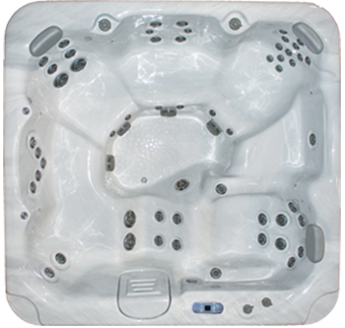 The Special Edition Spas Line features eight models and the G50 is one of the larger spa models in this line.

Measuring 89" by 93" and 40' high it has seating for six people and features a lounge seat. It is ideal for a hot tub party or for entertaining the kids, as well as just relaxing with company.

Enjoy a powerful yet soothing massage from the fifty-seven jets including fifty-six Versa-Flo™ jets and a Power Massage® jet. This Saratoga spa features two pumps, a 4kW heater, and the Saratoga Lighting Package, maintaining cost efficiency. 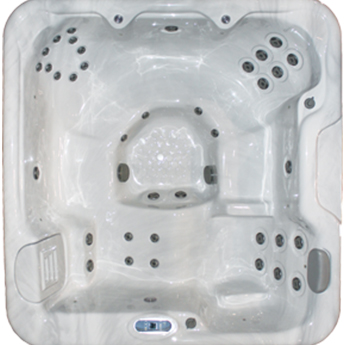 Saratoga Spas' smallest collection, the Cottage Spas Line features three models that offer great value. Measuring 80" by 84" by 36" the Whitman has room for four to five people and also features a lounge seat.

This Saratoga spa has thirty-seven Versa-Flo™ jets and a Power Massage® jet all powered by a dual-speed pump. Enjoy the hot water health benefits and features such as built-in headrests, treaded footwell, LED lighting, water feature, and top loading skimmer.

Additional features include a deluxe spa cover, antimicrobial filtration, ozone generator, Thermal Bond™ insulation, and if you like to relax to tunes, the Saratoga Sounds™ audio system.

Leaders In The Spa World

In New York State, Saratoga Springs has been popular for a hundred years plus, as a sanctuary where you can enjoy a rejuvenating soaking experience and the health benefits of hot water.

Since only a few people at a time can enjoy Saratoga Springs, the Saratoga Spa Company® have redefined hydrotherapy with their new technology, bringing the soaking benefits that can revive a tired body to everyone, with their range of hot tubs.

With forty-five years plus in the hot tub industry and members of the Imperial Pools family, the Saratoga Spa Company® offers patented technology in their spa products as well as maintaining cost efficiency.

The unique system offers tension relief all along the curves of the spa user with the Power Massage® jet. The specially designed contours of the spa shell help to guide the therapeutic water ribbons down the length of the back.

The patented jets of the Power Massage Plus® system are hidden in the headrest offering one of the best experiences of the spa world.

Saratoga Spas' Power Stream® jets combine the parallel motion of water and air for a soothing therapeutic massage stream for the arms and legs.

The patented Roto Stream® Sequencing System gives an automated massage experience by sequencing hydrotherapy automatically via four set positions and the spa user can alter the speed or target a specific area if they prefer.

Saratoga Spas don't list their prices online which some customers may find frustrating, however, this isn't unusual in the spa world.

Since there are many optional extras and customizations the final price for each hot tub customer will vary greatly, plus you have to factor in costs such as delivery and installation which, again, will differ on an individual basis, so spa pricing is done by quotation only.

Saratoga Spas offer nineteen spa models in total, eight in the Luxury Spa Line and Special Edition Spa Line but just three in the more affordable Cottage Spa Line, which may be consider limited in comparison to some to some other brands. Other Brands To Consider 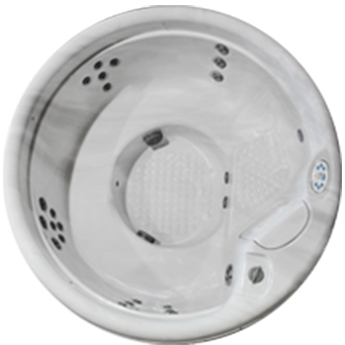 Geyser Spas is a branch of Saratoga Spas.

They offer a barrier-free setup of traditional circular hot tubs with the modern design of triangular and rectangular spas.

They offer a selection of jet options for a personalized massage and are handcrafted using the highest quality materials. 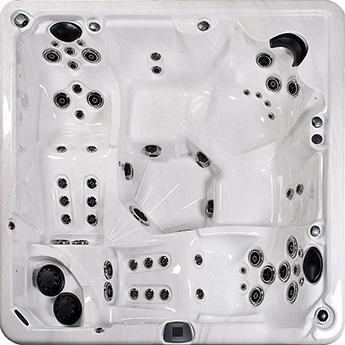 Tuff Spas offer hot tubs in a similar pricing bracket although their collection is a little smaller than that of Saratoga Spas.

They have a variety of sizes in their Standard Series and their Platinum Series offers more of the fancy hot tub features such as full body hydrotherapy and muscle trigger point targeting.

Tuff Spas have a patented hardcover system that not only insulates the spa but unlike a regular spa cover, doesn't collect water and sag down when it rains, or go moldy with time.

The hardcover lays flat when open so does not obscure the view around the tub and also doubles as a shelf or bar.

I hope you have enjoyed discovering Saratoga Spas with us.

They certainly bring together state-of-the-art hydrotherapy technology, traditional hot water relaxation and health benefits all in one tidy package.

With three varied hot tub collections, the Luxury Spa Line, Special Edition Spa Line, and Cottage Spa Line, they are likely to have a spa model to suit most needs.

For tailored hot tub price quotes in your area, fill out the quick form below! We get the most reputable local dealers to compete for your business, resulting in the lowest prices for you. There is zero cost, and our FREE service could save you thousands.